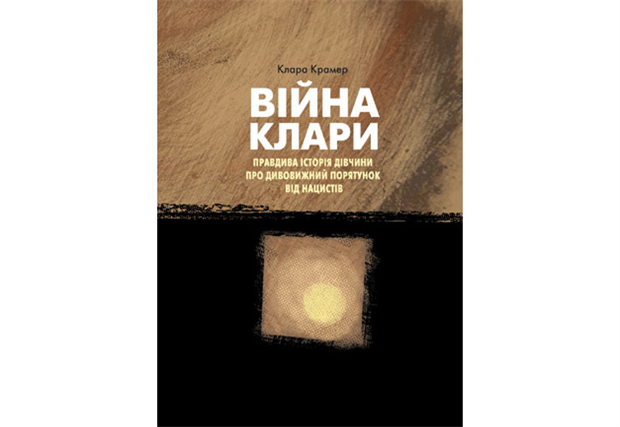 Ukrainian Center for Holocaust Studies is glad to announce the Ukranian edition of “Clara’s War: One
Girl’s Story of Survival” by Clara Kramer.

After the Nazis captured Zhovkva, the life of a 15-year-old Jewish girl, Clara, changed forever. When the killings and deportations began, Clara's family and two other families hid in a purpose-built bunker. The Beck’s family is living above them.

Mr. Beck is a drunkard, a self-proclaimed anti-Semite, thoroughly an unusual character to play the heroic role in a story, risks his life by protecting the family from the Nazis. Life under his supervision was unpredictable and sometimes, the danger from Mr. Beck resembled the threat from the Nazis themselves. Sixty years later, Clara wrote this extraordinary testimony. Clara's War is a lyrical, dramatic and, despite the worst of circumstances, a true story of hope and survival.